The Best LED Monitor for You: LCD vs LED

In today’s technology-laced world, people spend more time than ever before in front of a computer screen. From desktops to laptops, for work or for gaming, eyes are glued to a screen for a large portion of the day. But those eyes get tired, especially if the monitor is older, getting fuzzy, and losing the clarity that you need. Best Led Monitors

If you are spending a lot of time in front of a monitor, it is important to make an informed decision when purchasing a new one. High-quality monitors can relieve eye strain, improving employee experiences, or getting you further in your favorite game.

Is LCD or LED better for your eyes?

Many office jobs include spending eight or more hours every day in front of a computer screen. If you have to keep looking away from the computer due to issues with the monitor, your productivity is seriously decreased. Monitors that reduce eye strain, provide consistent color and offer enhanced contrast can help keep employees focused on the task at hand.

If you’re particularly sensitive to blurriness, LCD screens that operate at 120Hz or more can help you keep your vision clear. LCD monitors also tend to offer a wider variety of viewing angles for better comfort. On the other hand, especially if you work long hours, LED monitors to tend to offer better dimming options without sacrificing picture clarity. Eye strain can occur in as little as three hours, so if that’s your top concern, an LED monitor is better for your eyes.

Is LCD or LED better for gaming?

Monitors aren’t just for work; they can be part of an awesome gaming setup. You want to have a clear picture as you battle bad guys and race for the high ground. The best gaming monitors will offer low response times, low lag, and a high refresh rate.

Response time refers to how quickly pixels switch from one image to another. Lag is the delay between pressing a button on your controller and seeing that action on screen. And refresh rate is how often the screen updates what’s being shown.

PC games, in particular, are coming to rely on Variable Refresh Rate (VRR), so the best gaming monitor will need to support VRR or risk screen tearing. Overall, even if you’re a casual gamer, a monitor that is prone to screen burn does not support high resolution, or has a slow response time isn’t going to be of any use to you.

Want to get more granular in your choice of LEDs? New screen technology typically hits the TV market first but trickles down to computer monitors in a short time. Two new such monitor types are OLED — Organic Light Emitting Diode — and QLED — Quantum Light Emitting Diode.

Every pixel in an OLED monitor is its own miniature LED light. Unlike regular LED monitors, OLED monitors aren’t technically backlit because each pixel produces its own light and color. If an individual pixel doesn’t receive electricity, it will appear dark. OLED technology offers amazing picture contrast as a result. And because each pixel is individually lit, OLED has an incredibly low response time — 0.1 millisecond — that is great for crisp images and gaming.

QLED monitors use nanoparticles called quantum dots that act as color and light filters. Millions of quantum dots can produce stunning displays of brightness and color. QLEDs offer full-color saturation even in brightly lit rooms. But the downside is that QLEDs have to dim their backlights for dark colors, which makes it difficult to produce a pure black effect like on an OLED. QLED monitors are also best viewed from dead center, so they might not be the best choice for workspaces that need wide viewing angles.

As you try to make the best choice for your professional and personal monitor needs, consider what features are necessary and most important to improving your workspace and/or your gaming space. In many cases, an LED monitor holds the advantage due to its longer lifespan, better picture quality, thinner design, fast response time, and more environmentally friendly construction.

These qualities offset the higher initial price point that might have you considering an LCD option. But if you are looking for something cheaper just to get you through a workday with some spreadsheets, the LCD could be for you. While LED monitors are most likely better for serious gamers, and LCD might be your choice if you are worried about screen burn. 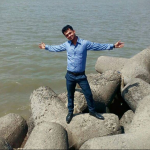 The Best LED Monitors for You: LCD vs LED